when i returned from sweden, i had no intention of planning any more international trips this summer. but SURPRISE! i ended up planning an impromptu berlin weekend: summer’s last gasp. and it was a fabulous weekend to be in my lieblingsstadt: gorgeous weather and plenty going on.  i’d only been in berlin for the summer once (2008) for a few days and fell in love with the buzz and energy i never quite fully felt when living there in the fall and winter months. winter in berlin can honestly feel like the darkest coldest place you can imagine that can make you want to hole-up in your flat drinking A&P cappuccinos…… but summer is its complete opposite. 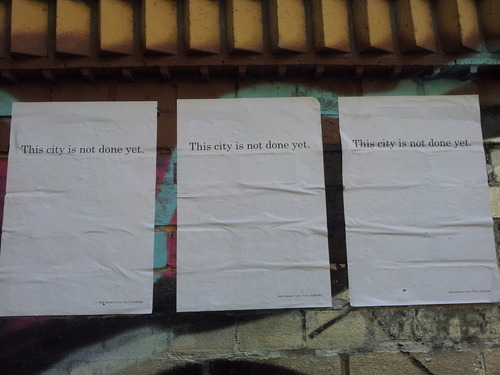 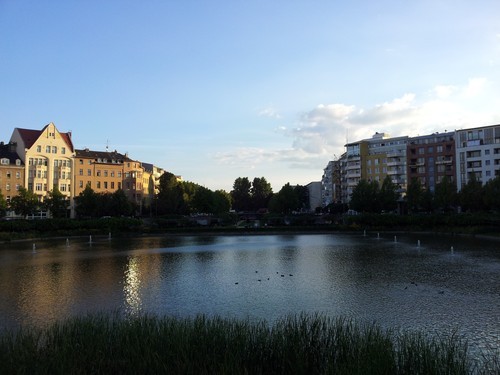 i am always struck by how friendly, curious, and outgoing the people of berlin are. every time i’m there i experience kindness, i experience hilarity of strangers, i experience a togetherness. i’d like to think that living in the czech republic is the same way… but it’s totally not. i was so happy to be among all the smiling faces. the friendly service people. the crazed hertha football fans. youthful people with youthful ideas. old people that aren’t scowling at you. people who talk to you in a grocery store. it’s just little things.

things i did this time: WALKED A LOT. SO MUCH. mostly around west/south kreuzberg, as i normally hang out in my old hood of east kreuzberg. day two i got so tired that i decided i needed to take a nap immediately and settled on a little patch of grass in west tiergarten and passed the frick out. woke up with only one ant bite, so not so bad. 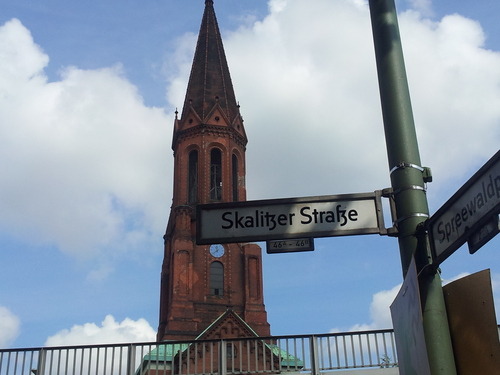 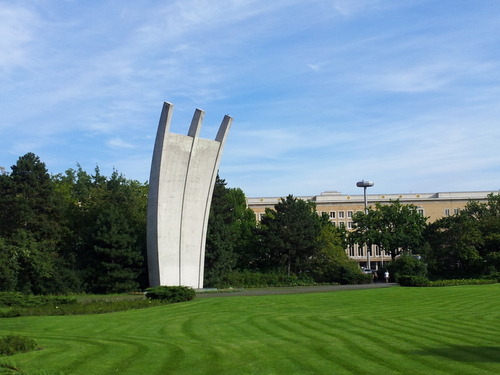 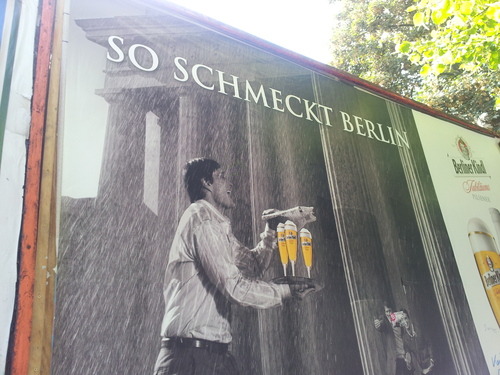 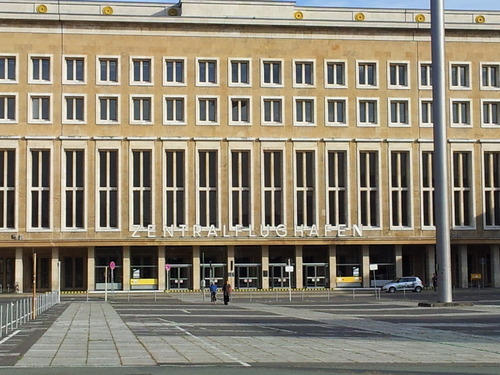 also: EATING SO MUCH. my favorite restaurants in the world are here. BERLIN HAS THE BEST FOOD. on saturday i ate at my top two favorite joints for lunch and then dinner. maybe this photo of me holding a delores burrito will show you how happy i was. 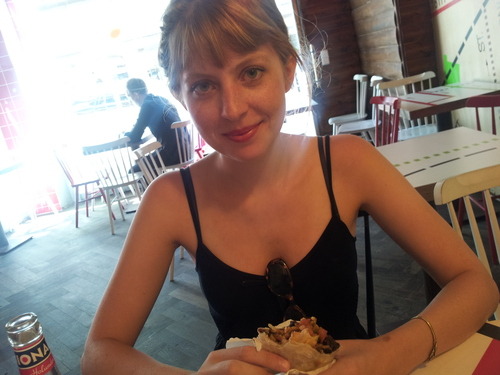 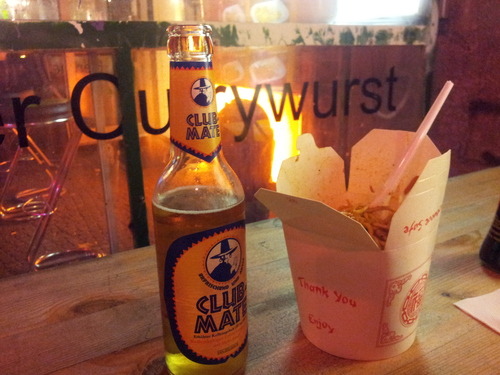 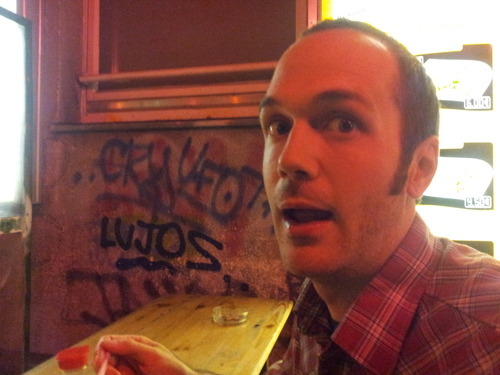 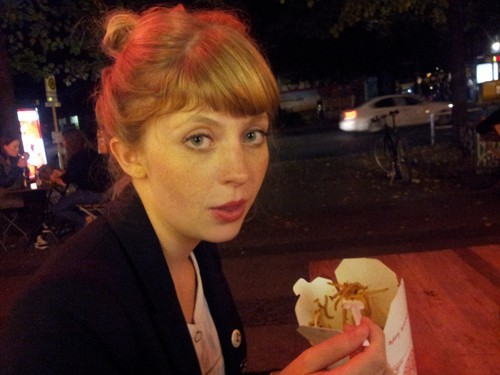 other things: taking in the late-summer sun on our taborstrasse balcony. saw a tranny glam rock band at a vodka distillery next to a river. fo free. made it to one flea market! giggled at partiers this morning at 6:30am when they were coming home from the clubs as i was going to the bus station. (a couple of them were totally partied out, again!) buying a fahrschein from a sketchy rando at an u-bahn station and having him correct me on my german. friday night fireworks, possibly for no other reason than it being summer in berlin. people watching on schlesiches strasse. late night döner action. und mehr. 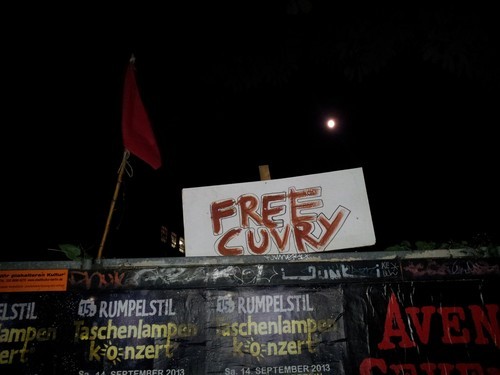 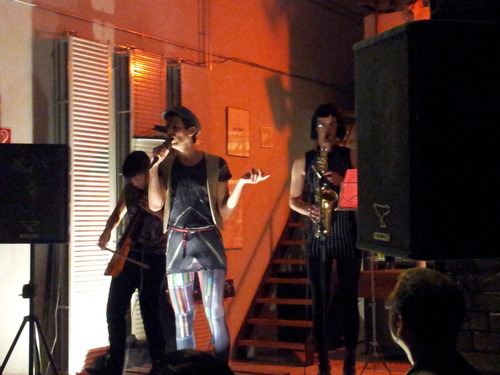 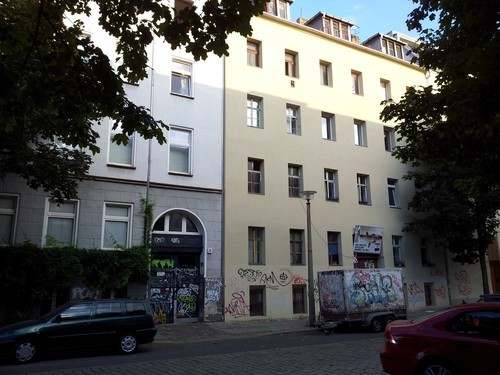 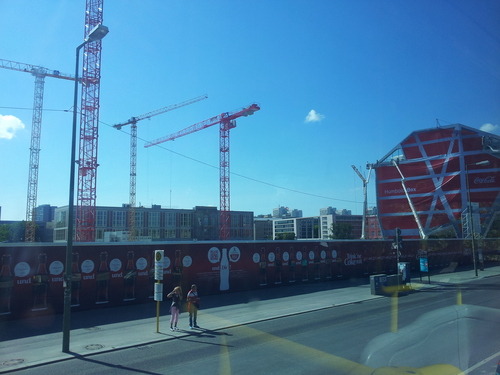 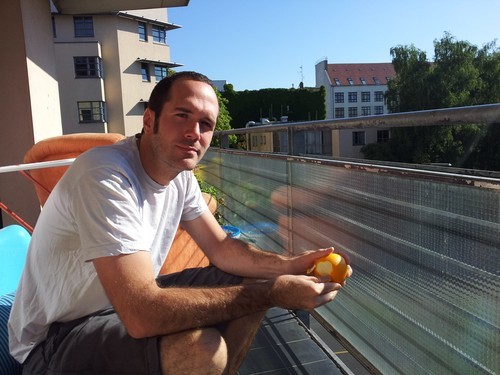 the bus company we took from prague only cost $50 for one person, round trip. amazing! of course it had no toilet, but you get what you pay for. let’s just say i’m taking the train next time.