skye is the biggest and most well-known island off the west coast of scotland, and with the ferry landing only a ten minute drive from arisaig house, it seemed like a must do.  however, trying to visit skye in a day and a half is kind of like trying to visit whidbey island in a day in a half.  the buses are hard to get around on and can leave you out in the cold sometimes. 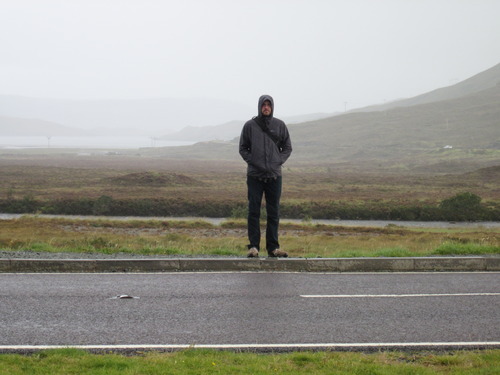 i’ve been much too spoiled with the beautiful scenery lately that skye looked like just another beautiful island, but the cuillin hills are the real star of the show.  that’s why people come here– to climb them.  a little too ambitious for us as they are near alpine in character, some with knife-edged ridges and ranging to almost 1,000m high. 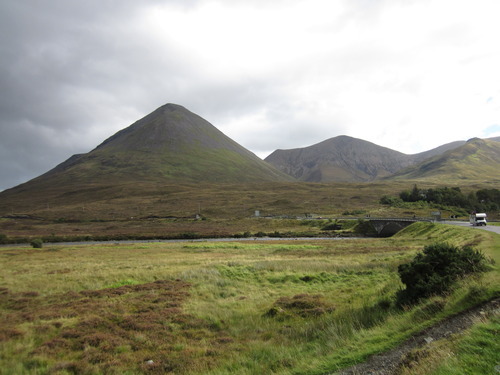 i went to my first whisky distillery… the first i hope of many.  alex and i are now in the “single malt club” according to a membership form we filled out and we now have whisky passports.  move over coffee passport!  apparently this grants you free access to 14 different distillery tours.  the tours are sort of fun, but each one is the same in that we have to look at the tubs and mashers and whirly things that the whisky is made in.  after awhile, it’s all sort of the same, isn’t it?  favorite fun fact: they can’t call it whisky unless it is aged for over three years in oak barrels and it’s not scotch unless it’s made here in scotland. talisker uses oak barrels then switches the whisky until amaretto sherry casks to give it a nutty and fruitiness. 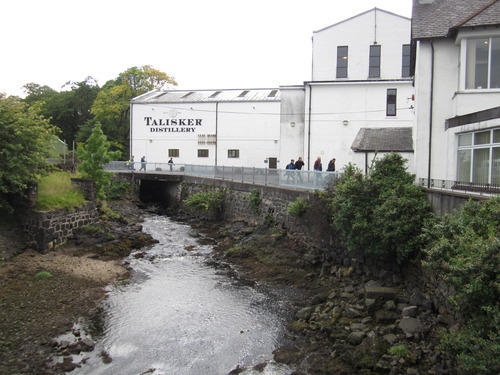 you may know i am a sweater enthusiast since my travels to iceland and have been grieving the fact i never purchased an icelandic sweater for the past year and a half.  well, no more!  for i have now something much better than an icelandic sweater– a SCOTTISH sweater in an icelandic pattern knitted for me personally by a woman named mrs. davidson in her own living room in edinburgh.  (that’s what the tag said)  there could be no better time than now to purchase this sweater as the temperature dipped to a sunny but cold 44 degrees today. it’s only september so i’m not quite sure what gives.  brrrr.

but my favorite part about the isle of skye was stumbling quite serindipitously upon a woodland garden of wonder.  it lured me in near the ferry landing at armadale with its brightly painted wood signs.  then i see this sign that says “fairy garden, this way”.  so here i am walking in the woods along this path with little signs telling me this story about the fairies that used to live in the wood.  then further along the path there are actual fairies in the trees.  LOVE

i love art instillations in nature and was super into this! very inspiring stuff.  turns out the woodland path and fairy garden are brought to us by an organization called ruhba phoil, who maintain a forest garden, paths, a small honor system shop selling medicinal herbs and plants, and an “eco-campground”.  they advocate community and permaculture, essentially making use of everything that is available on the land.  the website isn’t too comprehensive and hardly gives you  a taste of what the woodland path is about but i think it’s just about the greatest thing since sliced bread. 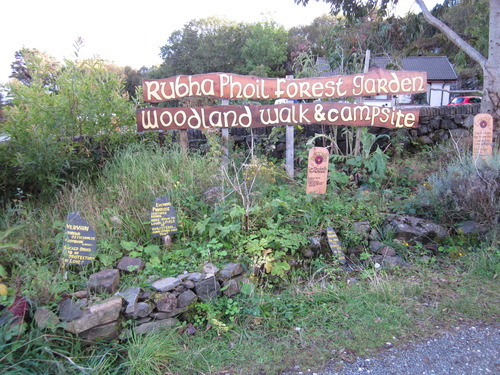 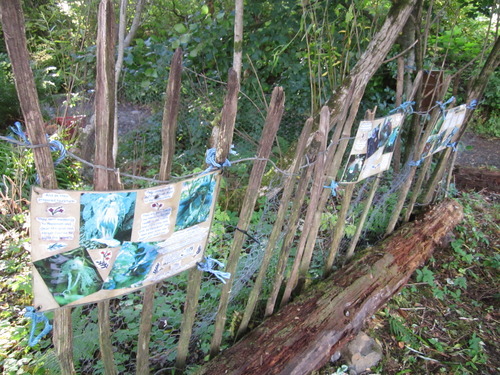 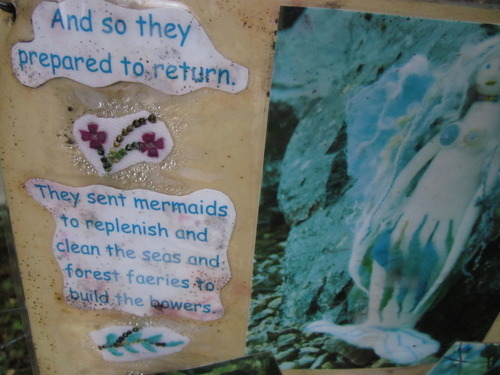 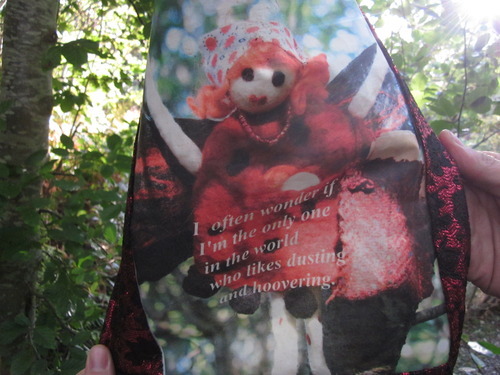 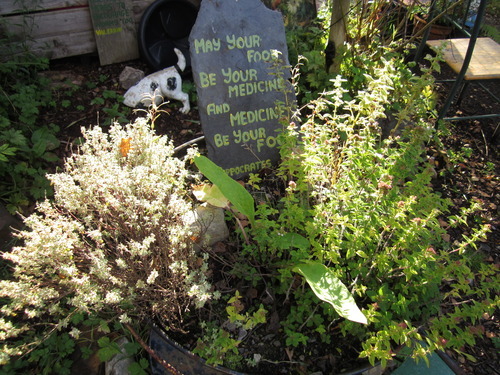 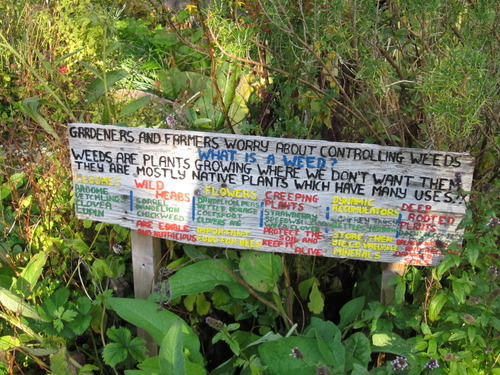 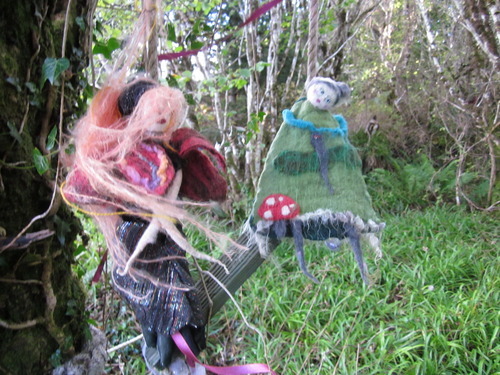 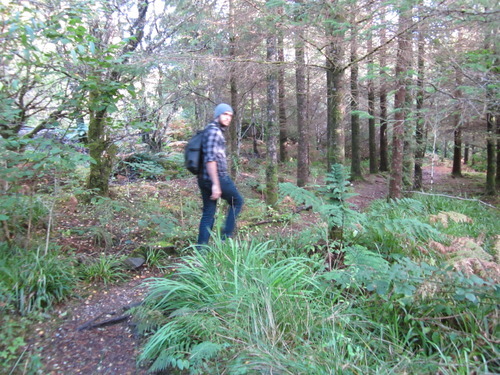 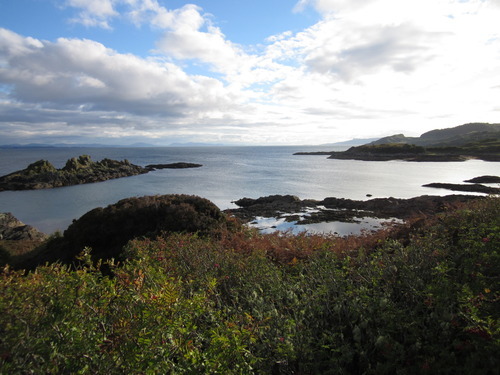 last day in arisaig, and we move on tomorrow to the farming life! really enjoyed the relaxation and incredible scenery this area affords.  my goal this weekend was to find bonnie prince charlie’s cave and we FINALLY found it!  fourth time was a charm. scotland is full of badass caves and one rather famous one is near a pasture land a short walk from the house.  bonnie prince charlie once hid here in 1746 as he was a fugitive on the run from the brits.  it was big enough for probably 6 or so people to stand inside. 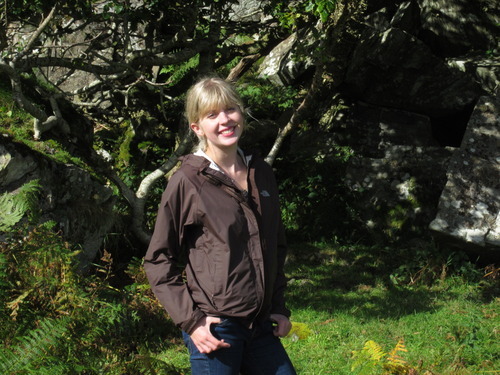 looking for the cave… i think this was our second go… it was hard to find!

i leave you with eilean donan… the most photographed and one of the most well-known castles in the world. 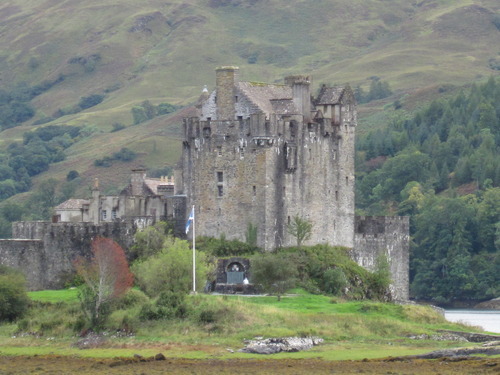