being in one area for three weeks affords us a lot of time to get to know it a lot better than a short stopover, and is definitely my preferred method of travel.  i couldn’t imagine just stopping at a hostel for a couple days and moving forward and saying that i’ve been to this area– you really wouldn’t know it a bit!  already one week in arisaig and i feel that the folks at the house are warming up to us a bit more, as we are to them.  we are learning a bunch of lovely british words (my favorite is brits calling vacuuming “hoovering” and that we place our rubbish in the wheeliebin) and getting to know the culture of this gorgeous piece of land.

low point thus far has been that i was offered black pudding and i took one little bite, dumped it in the trash, and was made fun of by my scottish hosts.  black pudding is a popular thing many in northern europe apparently eat for breakfast with sausages and eggs.  unfortunately, it is comprised of CONGEALED BLOOD and oats.  the taste is actually great, but could not get over what it was made of.  i usually pride myself on sampling exotic foods, but this one, no way dude.

our first weekend off occurred and we decided to spend our time hanging out in arisaig village proper– the closest village to the house– and a day trip to the extrodinary isle of eigg.

there’s an island group very close to here called “the small isles”, sort of the san juan islands of scotland… similar ferry system, in size, and similar things to do once there (there are many more islands actually up and down the west coast, but they are quite larger).  eigg is the second largest of these small islands (though it has a small population of only 90), and was named by the vikings (yes) who lived there.  people have been living on the small islands for 7,000 YEARS.  (SERIOUSLY can’t wrap my mind around that tidbit).  this isle also has the distinction of winning many awards for being the most green place in britain.  they source ALL energy from solar, hydro, or wind power, they grow much of what the eat, use car sharing programs for low emissions, and they put out only a third of the waste of what a normal household in britain would.  in ten years they hope to be entirely self-sustaining… this is pretty inspiring stuff.

there is a cave on this isle of eigg called MASSACRE CAVE (alex and i’s new metal band name when we get back) called this because in 1577, the entire population of the island (400) sought refuge in the cave when the mcleod clan of the isle of skye raided the island.  unfortunately the raiders lit a fire in the cave entrance and everyone inside perished, making it possibly the spookiest cave ever.  so naturally, we had to visit this cave.  and it was every bit as epic and brutal as we thought it would be!  we forgot to bring our torch (flashlight in britspeak) so we did not get very far…. especially since i booked it right out of there as soon as i saw a pair of glowing eyes.  i rated the cave 11 out of 10.  alex rates it 11 out of 5.  we think it may be one of the high points of our lives so far. 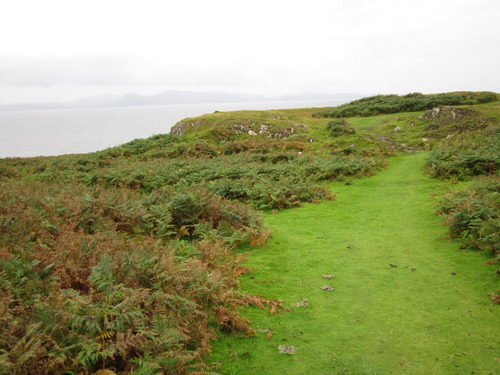 walking to the cave 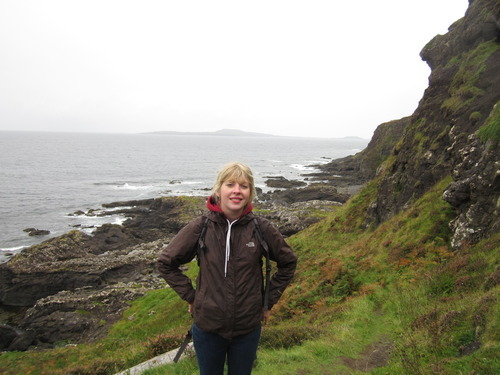 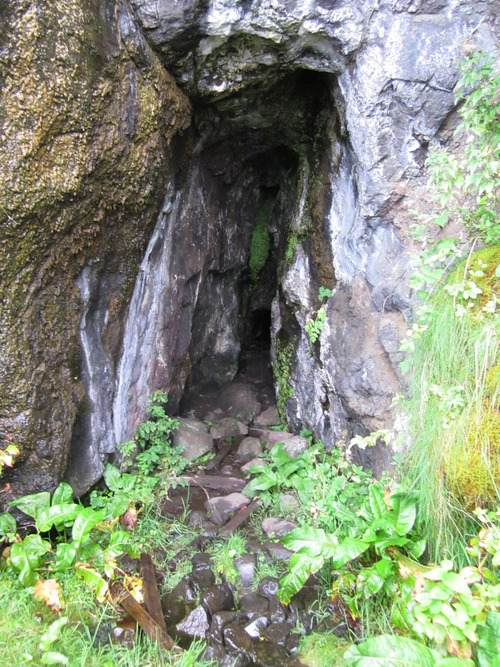 entrance of the cave 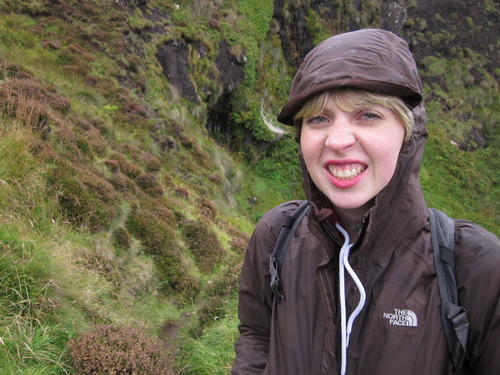 other favorite part of the isle of eigg was camus sgiotaig or “singing sands” beach.  now, this is saying a lot since everyone knows i love my beaches.  but people, this beach…. was actually the most stunningly beautiful beach i have visited in my life.  photos taken couldn’t really capture it at all…. nor most of the amazing scenery on this island.  as soon as we hiked over the ridge and i first saw it, it truly took my breath away.  i never wanted to leave.  the scenery and history in scotland and especially on the isle of eigg is everything i ever hoped scotland would be like and so much more. 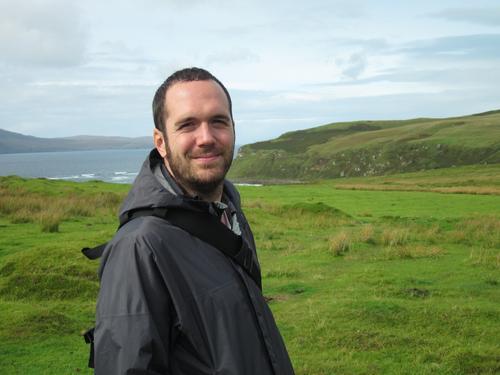 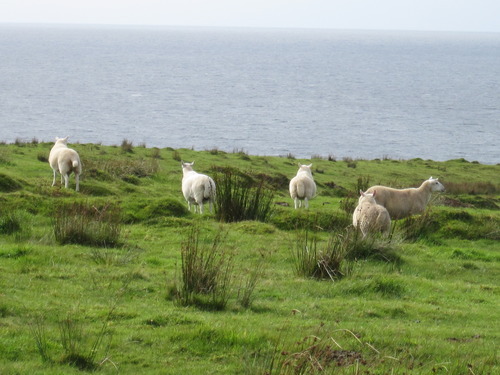 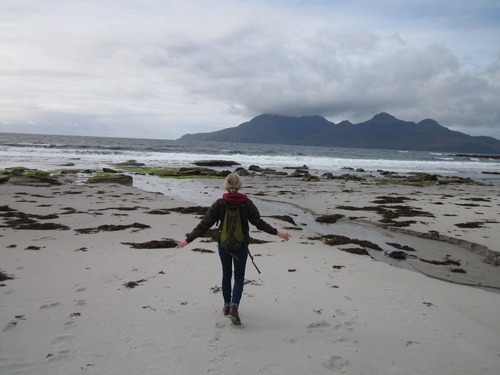 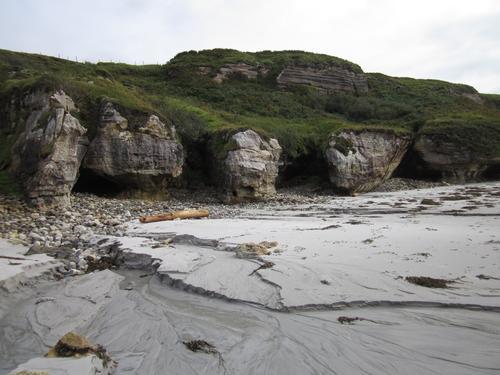 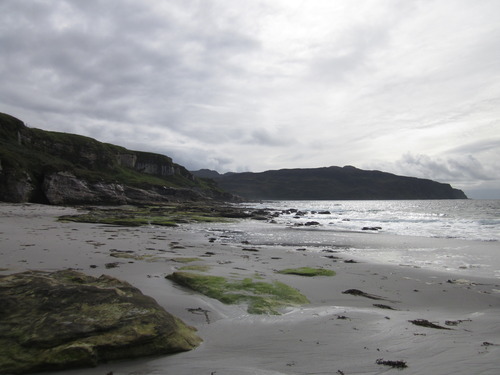 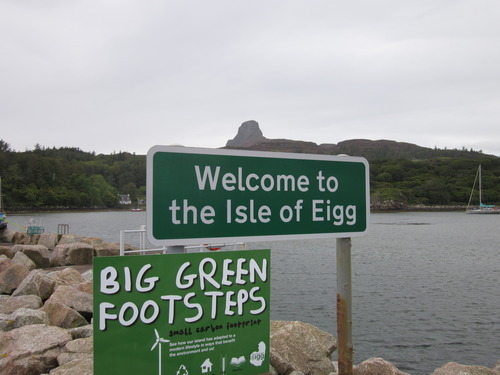 The Perks of a Summer Spent at Home