food, food, food.  i love food.  living in seattle, i got pretty dang good and cooking asian food and had some great resources– uwajimaya, huge asian superstore in south seattle.  living near the ballard market was a big win for cooking in general as well.

so after alex and i were finished with our work-stays in scotland and arrived in paris, we were now on our own for cooking.  i fell into the cook position at that point and have been cooking almost all our meals ever since.  i’ve never cooked consistently for two people before– as before i would feel free to make whatever super crazy healthy concoction i wanted for myself.  now i had to think about meals he would like as well as myself.  alex is really easy to cook for and enjoys just about everything, so it’s not too difficult.

coming to the czech republic has been a big challenge in terms of cooking because i know nothing of what the labels say at the grocery store, and also the markets tend to cater to a more central european taste– lots of meat, soups (am OK with that), pickled vegetables, etc.  often times i had no idea what kind of meat we were ending up with: looks like ground beef, actually is minced pork.  eh…. we’ll go with it.  important to know your czech meat names!

in the beginning i cooked more european type meals but all the long i was craving my favorite vegetarian and asian style foods.  for the longest time i knew of only one place in the city that sold tofu, now i know three: interspar at ceskomoravska, tesco at narodni trida, and the countrylife health foods store near mustek.  since czech people do not home cook asian food, getting what i needed has been a bit of a challenge.  i’ve slowly been finding asian goods stores and lately some epic asian cooking has occurred here: i’ve made smoked salmon sushi & rolls twice, tom kha soup, asian noodles countless times.

my cooking repertoire has stretched considerably, mainly because without certain american staples i’m used to, i’ve been forced to actually make these things from scratch (ahhh, the horror! no pancake batter mix!).  here are a couple easy recipes that i was SUPER PROUD OF MYSELF for making………….

alfredo/creme sauce– excellent to drench pasta in and add some smoked salmon to! (which incidentally is pretty inexpensive here)

in a saucepan, put about a tablespoon or so of flour in.  with the heat on, slowly add about half a cup of WARM heavy whipping cream.  whisk quickly… you will notice the mixture begin to thicken.  next, slooooowly add a little over a cup of warm whole milk (normal milk is OK but higher fat content the better).  whisk whisk whisk.  NOW slowly add a big handful of shredded white cheese while whisking (i used gouda and it worked well).  the cheese will give the sauce some saltiness, but add a good amount of black pepper to taste. for a cheesier sauce, add more shredded cheese.  for more sauce, slowly add more warm milk.  for thicker sauce, you can slowly add a liiiitle bit more flour but slowly, as if you do it all at once it will clump.

and for an american style breakfast, you’ll definitely want……..

start with about 4-5oz or so of flour in a bowl, add a pinch of salt, 2 tsp of baking powder, about 3 oz. milk, and no more than 2 Tbsp of sugar (i used less).  mix well, then add one egg and whisk (but don’t over-whisk).  stir in approx 3 oz. more milk and whisk until creamy.  add more flour or more milk at this point to make the batter to your liking (less or more runny… i prefer slightly more runny to make thinner pancakes).  heat a bit of oil in a frying pan on medium heat and add a scoop of batter to make the pancakes as big and small as you’d like.  add a little oil between each pancake.  i put them in a metal tray in the oven to keep them warm until all of them are done 🙂

then today, i felt dang good about myself for making…..

crack three eggs, separating the whites from yolks as you go (you can save the whites to add to the eggs for eggs benedict later).  put the yolks in the bowl and add up to one Tbsp of lemon juice and 1 Tbsp of water– whisk together.  put into a saucepan on low heat and begin whisking the mixture vigorously.  the idea is not to let the mixture harden as it cooks.  keep doing this until you notice the mixture begin to thicken a bit– the whisk makes streaks that don’t fill  in immediately.  remove from heat and begin adding tablespoons of softened butter.  whisk in the butter and add more and more until you get the taste and consistency you want (i’d probably add about 4-5 but more will make a thinner sauce).  season with cracked pepper and a pinch of salt. 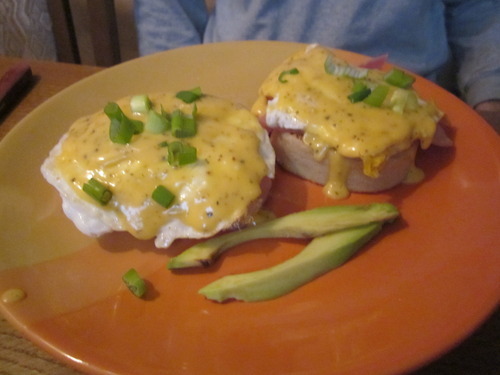 so there it is! i am becoming a good cook. made some amazing eggs benedict today– ham for alex and smoked salmon for me– on crumpets instead of english muffins, since crumpets are found easily and cheaply at mark & spencers– the amazing and super popular british super-store you can now find all over europe.  (how i love you, mark & spencers…. and all of your english labeled food items)

happy weekend from prague!  up next: enjoy the weekend, getting visa stuff taking care of!  it’s visa crunch time!

side note: i just saw the movie hanna and LOVED it, and now these photos i took in berlin in november of spreepark have much more meaning. 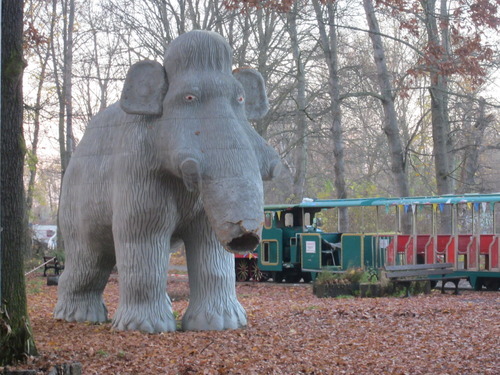 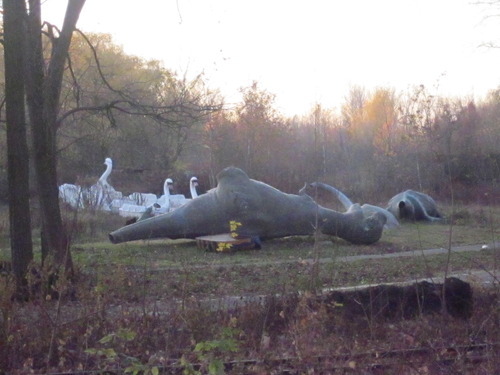 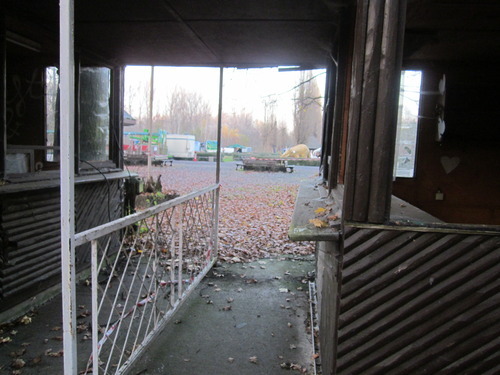 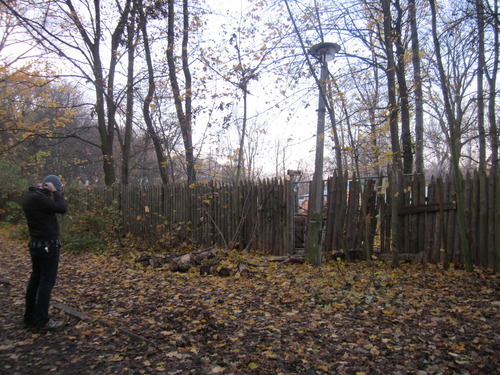