the past forty-eight hours have just been sort of a blur of long bus rides.  we traveled to bratislava for the second time to pick up our visas, but it wasn’t all quite as simple as that.  to obtain our visas, we had to show documentation that we have paid for at least six months of czech insurance, and could only pick up the visas within a half hour window.  the bus we wanted to take that would eventually get us home before midnight would leave less than two hours from the visa pick-up time. recipe for stress!

after barely making the bus TO bratislava in the first place, we had a lovely hostel experience once again at patio hostel– one of the best i’ve ever stayed at.  apart from upgrading our room (again!) they offered to print out all our insurance papers, awww.

before the visa appointment we had a leisurely morning to walk around the quaint, sunny bratislava old town, which i have decided i quite like a lot. it’s a very liveable easy to get around in city and so small for a capital as being 30 minutes or so from vienna– excellent location. looks a lot different when there is no snow storm, doesn’t it? 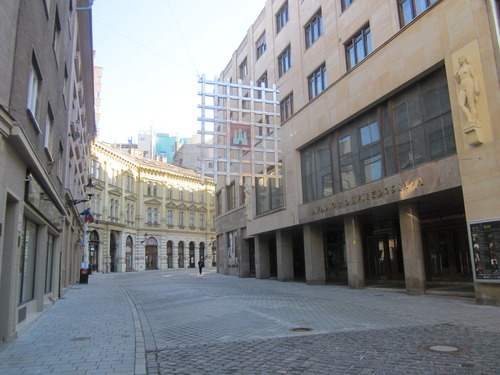 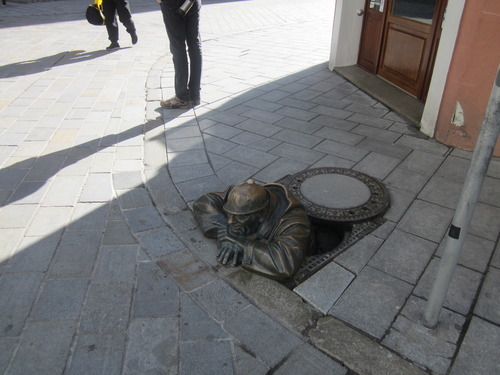 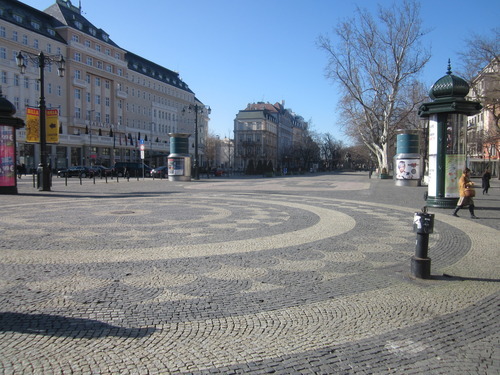 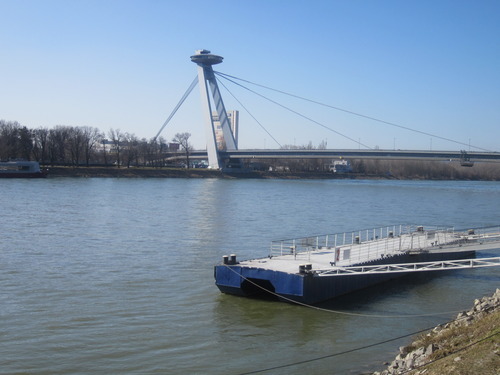 but then, it was visa time at the czech embassy and the stress began.  i was fourth in line and after being called up, i was informed that my paperwork did not have the necessary information to prove that i had bought insurance– no registration number or total paid!  and i was in total shock when she told me i would have to reapply and come back to bratislava all over again.  i asked, “i have the documents– would it be OK if i printed them out and came back today with them?” after deliberating with her colleagues, she decided i would have about an hour and a half (until 15:30) to bring them to her.

alex and i sprung into action by, what else, going to the nearby mcdonalds!  ahhhh mcdonalds, you are an oasis of consistency– good food and bev, friendly service, and free wifi!  how i love you. after getting the necessary documents ready, we found a print shop online, less than a ten minute walk away!  german skills came in handy at said print shop when the manager did not speak solid english, score!  then back to the embassy.  after a freak out of “where is my passport?! where is my wallet?” we were let back in and gave the correct documentation.  most relieving words of the day were to hear: “here is your long-term visa, it will be valid for 160 days…. etc etc”.  wow, we did it.

it was then 15:00, and realized we might still be able to make the 15:15 bus!  after tracking down a taxi, paying her literally every last euro cent i had, we made it to the bus station and caught the bus, again, with minutes to spare.  GOOD LORD, i couldn’t believe we did it.  i collapsed in a happy sweaty heap in my chair and eight hours later, i was home.  next time i go back to bratislava, it will be for fun and not business.

some important lessons were learned in this process…… 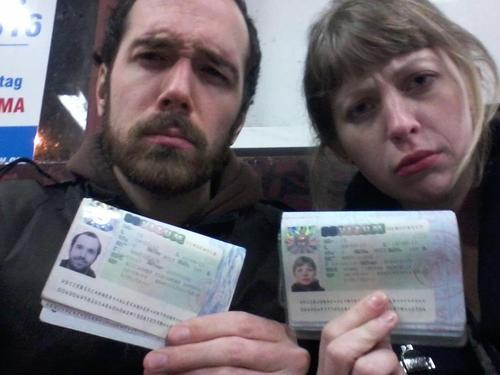