in mid-january, alex’s family asked us to do a scavenger hunt of certain things as part of their family birthday activity back in michigan. we went looking for some of these things in prague, especially since we had a lot of time on our hands then…. here is what we found. the stipulation is that we must appear in each photo to prove we were there.

a flag as big as a table (hard to tell from this, but it’s true)

a bus (this on taken on our old home street, where the police had to scan the underside of every car that wanted to pass through because of the U.S. embassy being located there)

three streets that begin with the letter C

something that says “charles” on it (karlov in czech!)

icicle on a building, right outside of klub strahov 007

in other news, this week we successfully registered ourselves at the foreign police/immigration office! i made amazing food (stuffed pasta shells) and tried to highlight my hair, an attempt that certainly did not go as planned. i bought plane tickets to SWEDEN for august (!!!) and am trying to get an itinerary nailed down. i was told my german is good by a fluent speaker, and we received a package of goodies from alex’s mom– hooray! still as cold as ever here (as is much of the world, it seems) and looking forward to a vienna easter holiday trip in less than a week. 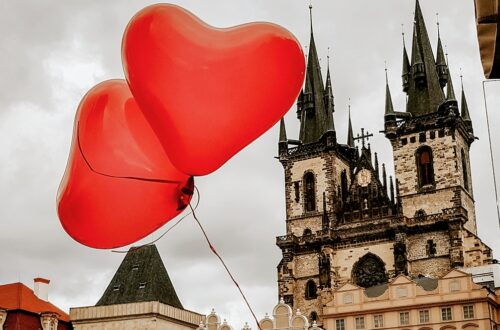 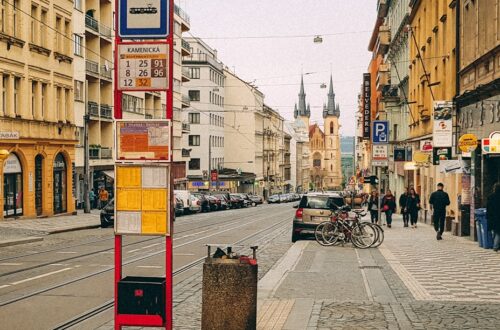 So, You’re Going to Prague? (A Mini-Guide of my Favorites)