we arrived back in berlin this sunday after a tumultuous day of travel.  our flight from paris was only and hour and a half, but alex had just developed a 24-hr stomach flu the night before so it was the worst possible time for the poor guy to get up and put a huge backpack on.  i half expected him to want to cancel the flight but he didn’t even think about it– he just pressed on and i’m really proud of him for that.  it was NOT easy.

i didn’t get that OH i’m in berlin!!! feeling that i always get.  instead i felt as if i was just coming home, no big deal.  this is my FIFTH time* in the city for any length of time and whenever i come here i always slip right back into being here like i had never left at all.  it’s so comforting to come to a city you know and love so much and that you know how to get around without even thinking about it.

*i first visited on a 2006 trip around central europe during which i decided immediately to sign up for german language classes at the UW.  the next year 2007 i spent almost four months living through a UW film program and have been back for visits two times since then, most recently in 2009– the 20th anniversary of the fall of the berlin wall.

yesterday was recoup day as i developed the awful flu alex had but am feeling loads better today.  who knew one of the most exhausting things you can do is be bound to your bed ALL day and ALL night?

we’ve been following election progress extremely closely as we’ve always been lucky to have great internet connections where ever we go.  it is the strangest thing to be away from the USA during election time but i have to say that traveling and living in europe is slowly making me realize how proud i actually am to be an american, and even prouder to be a resident of washington state.  when you travel, you’re able to talk to locals about politics and how they feel about life in their own countries.  it really has opened my eyes to the fact that just like back home, the political situation isn’t perfect over here either… but at least back home we are a little closer now.

i have a couple photos from our last days in paris to show you… but first!  must tell you the funny little thing that happened our last day.  alex and i are both fans of the movie amelie, which was shot almost entirely in the 18th arrondissement (montmarte) in the northern area within city limits.  we took a little walking tour on our own of places i had researched that were important in the film.  i bought postcards at the market features prominently in the film, walked down all the beautiful winding streets, saw the moulin rouge, sat in parks amelie sat in, things like that.  while we were walking uphill headed to cafe des 2 moulins, the cafe amelie worked at in the film, we almost bump right into actor dominique pinon who plays “depressed tape-recorder guy” in the movie!  alex recognizes him right away and shakes his hand.  the guy probably lives in the district and was out for a stroll on the sunny saturday afternoon.  so what are the ODDS we run into an actor from amelie while we are on our own little amelie tour?  go figure! 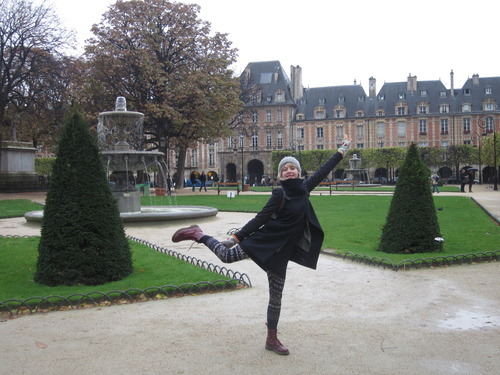 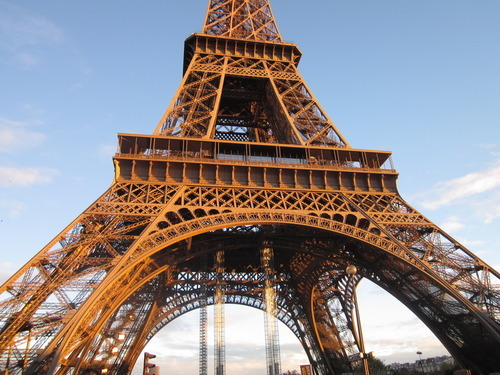 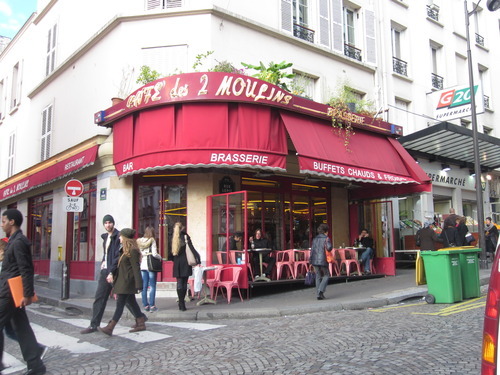 cafe where amelie worked!  also our lunch spot and the friendliest waiters in paris! 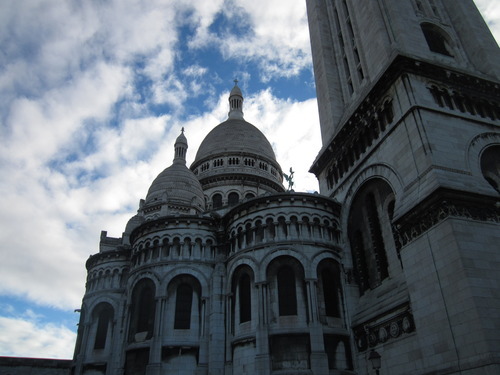 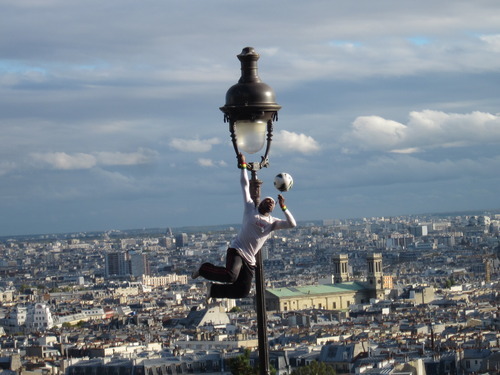 watched this crazy footballer from the steps of the sacre coeur– he was amazing!  someone give him a job at cirque du soleil or something. 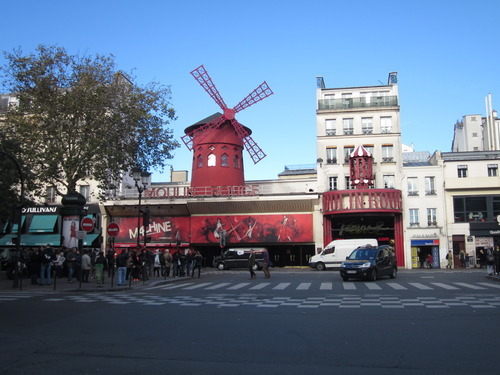 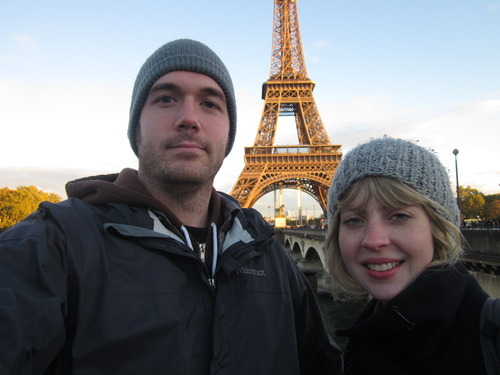