i never was a starbucks sort of person and before i worked there i never ever went to one… besides getting caramel frappuccinos in high school or something like that. while i worked there, i would try to go to other independent coffee shops on my days off over it.  right after about three years working there though, something snapped and inside, i declared my love for it and would choose to go there over other places (hey, i had a discount!).  i even bought those little ceramic starbucks cup christmas tree ornaments last year.  now that i’ve been away from the official world of starbucks for over three months, my fondness has grown and grown.  i’m no longer one of those snobbish world traveling americans that thinks going to starbucks or a mcdonalds abroad is an insult to the culture of the country i am in.  no friends, i am a starbucks enthusiast now, and we have visited starbucks in every major city we’ve been to.

by far the best starbucks has been in edinburgh, who respected my wish for “two pumps of pumpkin spice” instead of three.  the tower of london starbucks was by far the worst and i had english communication problems with the register barista… in england.  was double charged, boo.  alex rates the montmarte/blanche starbucks in paris as “alright”, and the one at hackescher markt in berlin is quite good– definitely the biggest store i’ve ever seen.  they are priced competitively with other places you would buy coffee at, except berlin… since buying a coffee drink over four euro in this inexpensive city is cringe-worthy.  (but it’s red cups!)  it is interesting to me that although all of these countries’ starbucks stores have been popular, with most of the tables full and sometimes a line out the door, i never EVER see anyone walking anywhere while holding a starbucks cup.  this ain’t downtown seattle, i guess! 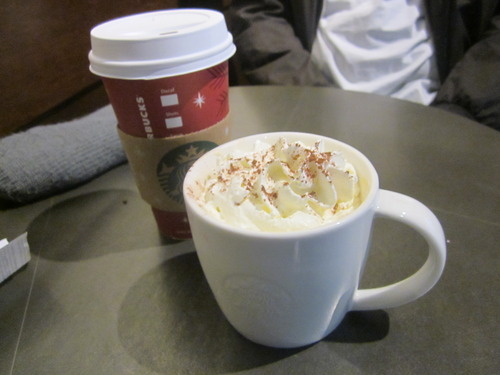 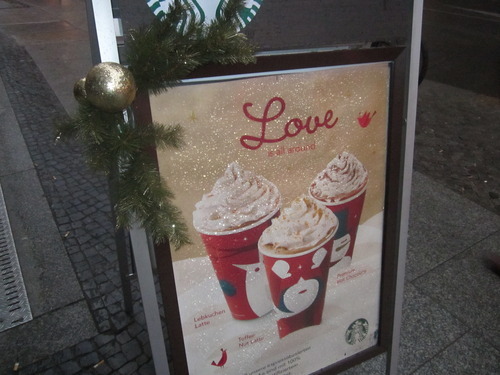 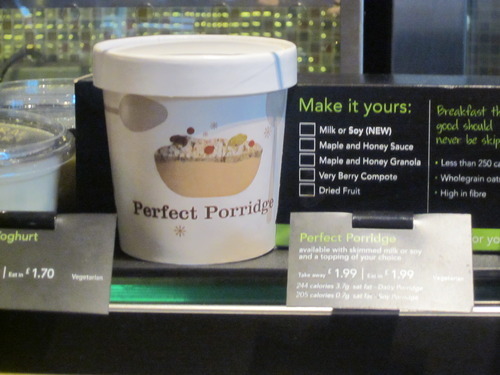 in the UK, its “perfect porridge” instead of oatmeal 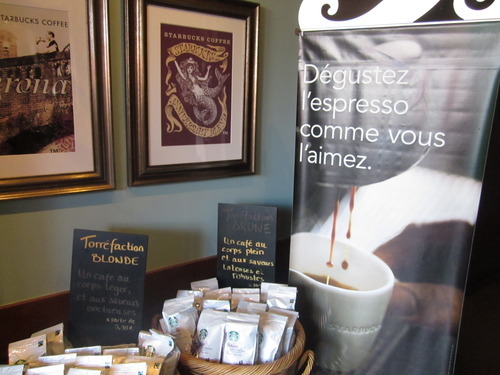 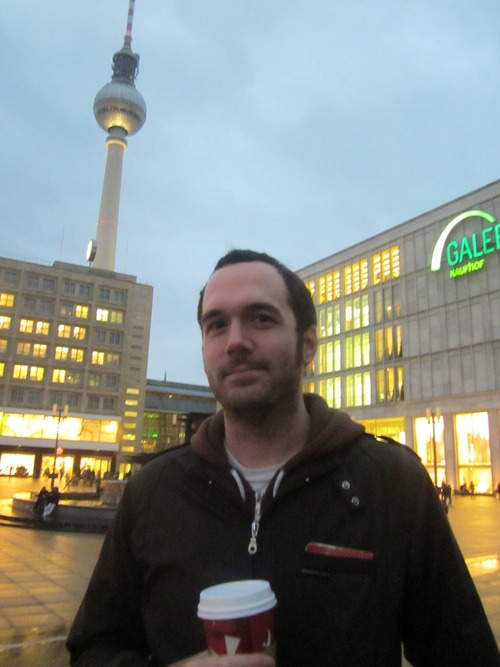 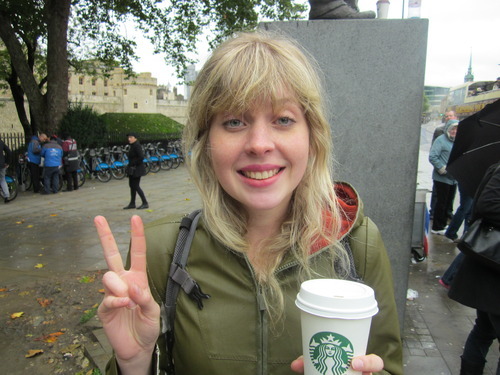 in other news: happy in berlin! some lovely week days to spend until we head to prague on friday to move into our apartment and get ready to go back to school!  today we perused the fleamarkets at mauer park (favorite sunday activity) and ate at the first ever american greasy spoon all day breakfast diner in berlin!  pancakes, bacon, eggs, french toast, cups of water without having to ask for them, and coffee with free refills.  now that’s what i’m talking about!  alex was very happy about this food venture.

i will end this on a starbucks note and say HELLO to my starbucks co-workers and regulars from 7th and pike that may be reading this.  i miss you guys!!!  and i’m looking forward to starbucks bringing a little of that good seattle holiday cheer to me when i’m in dark cold prague this winter.