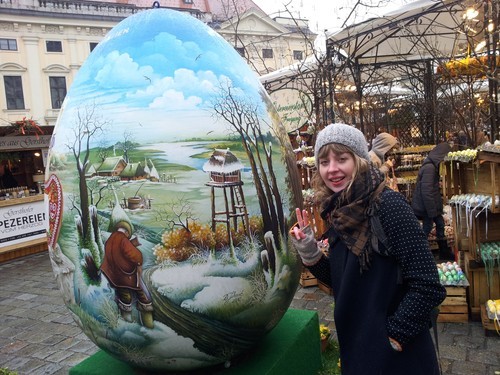 haven’t had a lot of time to post about easter holiday weekend as i’ve had to jump right into teaching madness: moderating another english competition (this one for 14-15 year olds) then zooming to three other parts of the city to give my lessons. although CB is a city of about 100,000 people, it is surprisingly compact and getting around from north to south really takes no time at all– even on the bus! so great. today i taught my first of three conversation classes at the university!  only two people came, which was totally fine by me because it gives the students speaking time.  the czech people get are taught grammar (phew) but sometimes aren’t great speakers because they never have an opportunity to do it! i am their opportunity.

so, vienna! the rumors are true, alex and i bussed down to vienna for easter!  when i booked this i was thinking “oh, it’ll be so much nicer at easter time!” HAH! turns out europe is having one of the coldest winters on record, and on easter sunday i was treated to a nice snow-rain mixture with wind and bitter cold. first snowy easter of my life.  i feel like i am cursed with snowy and cold vacations that weren’t meant to be that way. (first world problems) 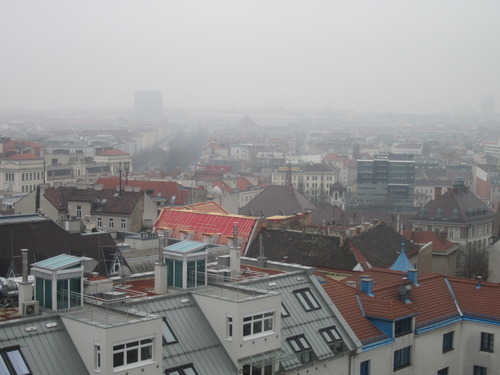 we rolled into town and were hankering for some schnitzel, so settled on a viennese restaurant near our guesthouse, called franceschi.  we were immediately greeted by a large man with hilariously american accented german: “hey! hast du hunger?” we returned to this restaurant two more times (breakfasts) because of the great character of the joint and the friendly staff.  one of the times i only had a hundred euro note, and she told me to just come back later today to pay.  um, amazing.  it didn’t take me long to remember how much i love being in austria.  i love being able to understand what people are saying and react appropriately!  i love that i can read signs and newspapers and anything!  i love the friendly locals– even the shop keepers and waiters are smiley, helpful, and in a good mood.  coming from czechland, this is wonderful. i felt immediately at home in vienna.

over the course of our visit we………… dropped by the haus der musik (basically, the EMP of classical music) and learned up on our brahms, hayden, and mahler.  shopped along mariahilferstrasse (sort of the champs elysees of vienna), attended ‘wozzeck’ at the vienna opera house– 3 euro standing tickets! easter mass at augustinerkirche– again, had to stand. (we’re not exactly in the habit of arriving to places on time…. one of our few faults as a traveling couple that improves every time), took a long tram ride around the ringstrasse, ate SUSHI at akakiko (one of my favorite joints from my first ever visit to vienna) and the best ever cake and coffee experience at DEMEL. 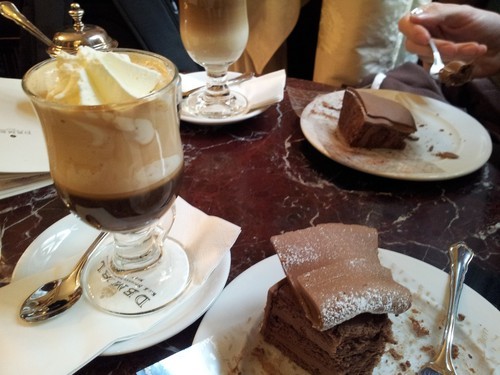 vienna has a coffeehouse culture, alright.  it may not be quite like the ones in seattle but dang it if they’re not serious about their coffeehouses.  the best ones are from the 18th century with chandeliers and paintings of guys with wigs on the wall.  and vienna has it’s own coffee lingo that one can not find anywhere else in the world– home of the melange (like a cappuccino), verlängeter (like an americano), and the einspänner (strong americano full of whipped cream).  demel has a selection of cakes to die for and its patrons are to go up to the “cake buffet” and choose what they want.  it is quite the in demand place to be, especially on an easter sunday blessed with snow-rain and bitter winds– there was almost a line out the door.  while alex and i may not always show up on time to things, our accidental timing is usually impeccable.  always showing up to a restaurant right before the rush hits, things like this. demel was no different.  viva la chocolate nougat cake!

oh, and we ran into a justin bieber frenzy.  yes, the biebs was just getting out of his tour bus when we stumbled into a group of 500+ crazed girls (and their unhappy male companions) surrounding the bus and the hotel sacher, where he was staying. the entire street was cordoned off for safety reasons and police escorts and barriers had been set up. crazy town banana pants. 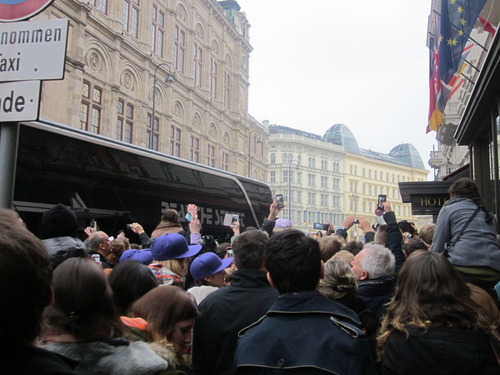 what i learned in vienna: 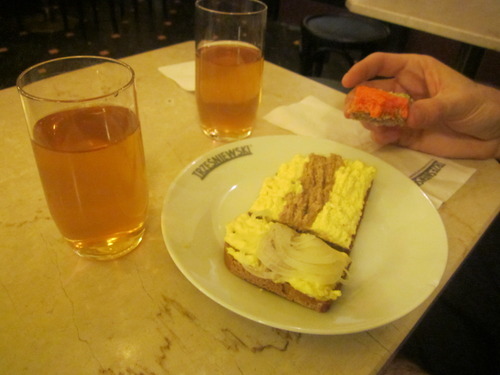 sammy sanducci’s at trezniewski’s. that rhymed. herring and onion, tuna and egg, and salmon and egg with organic grape juice. really, just open-face sandwiches that are lovely and the place has been around for a loooong time. and for the record, i started taking photos of my food way before it was cool… and then uncool. 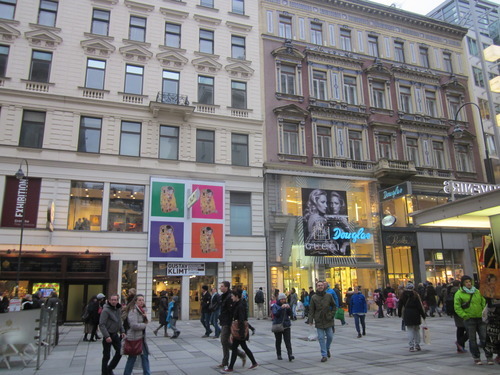 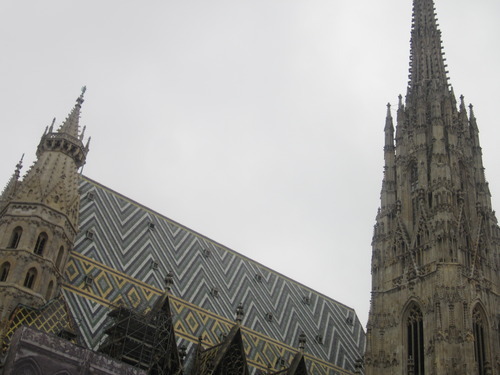 close up of roof of stephansdom (main cathedral in city center) 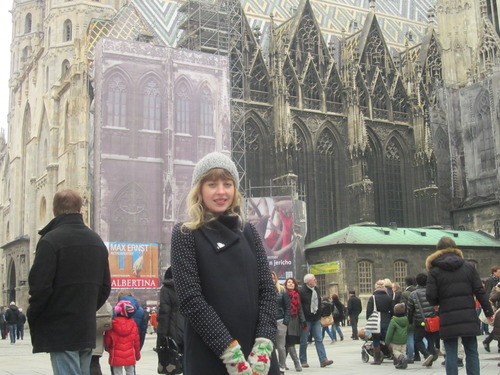 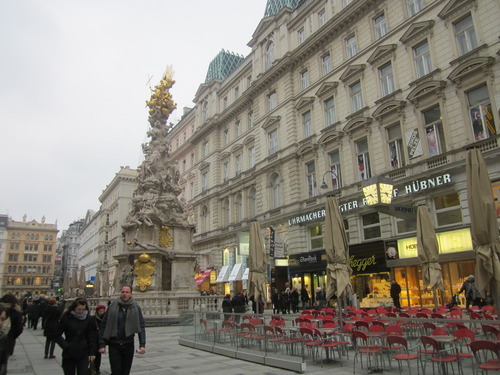 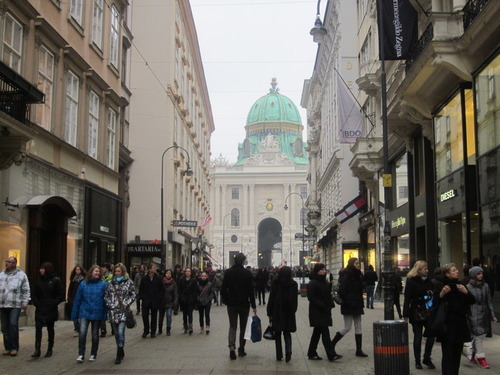 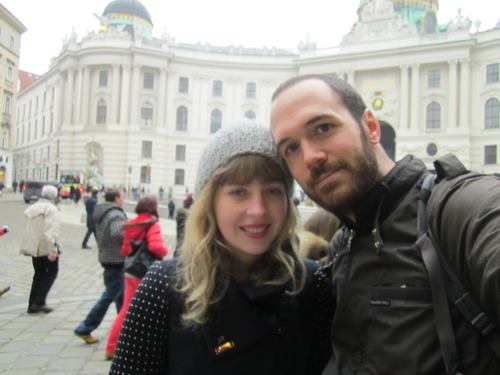 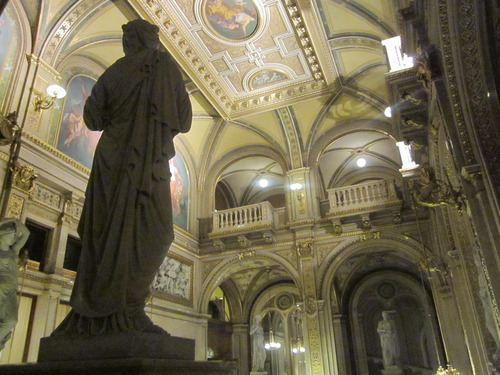 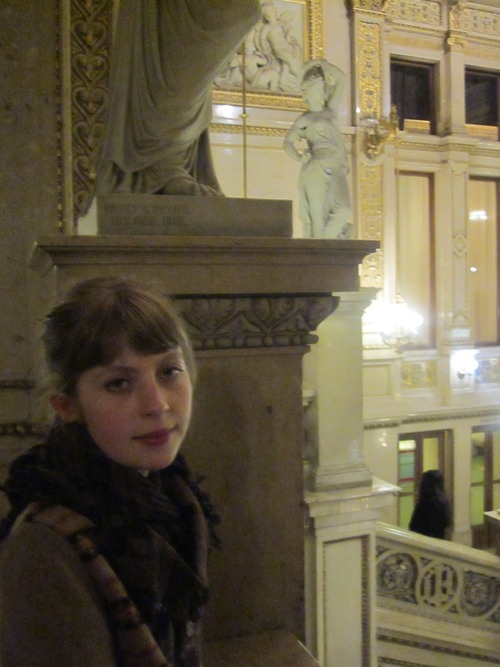 cynthia goes to the opera. and alex’s very first opera!  i was in “opera club” in high school though through honors english. nerd. we couldn’t capture the theater part but it was just like you’d imagine from the fanciest most reputable opera house in the world. 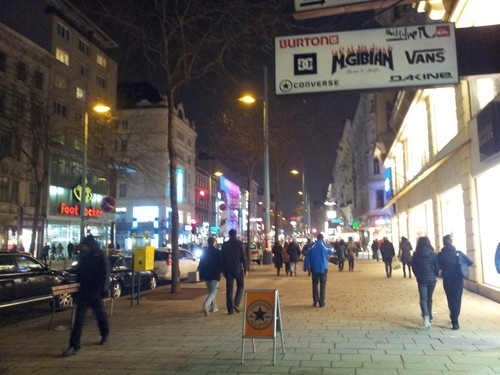 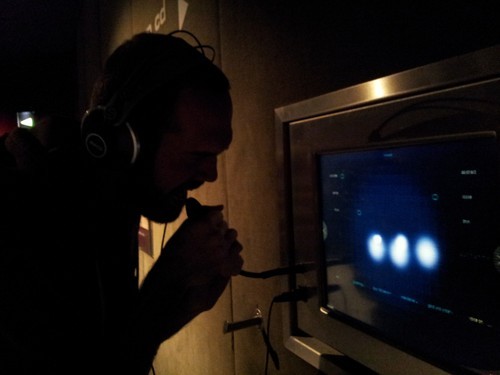 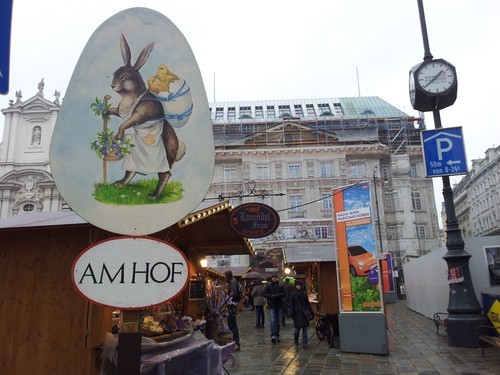 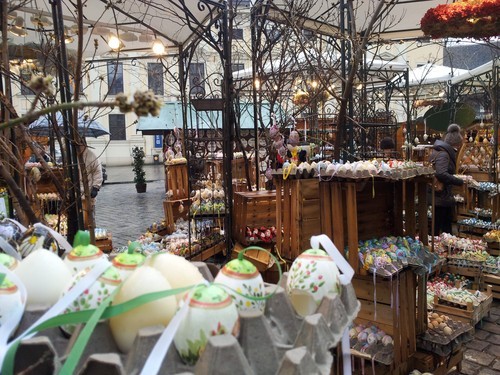 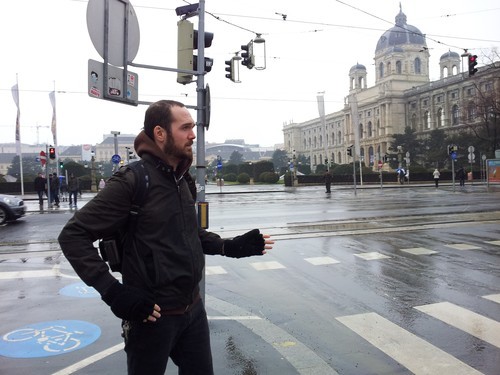 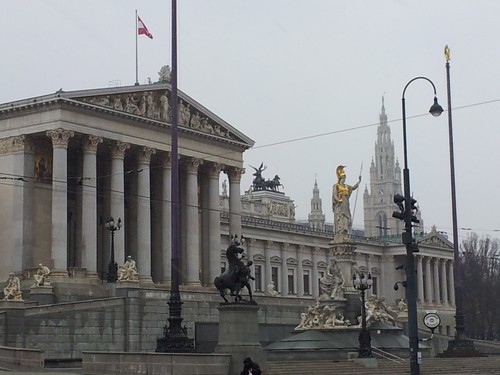 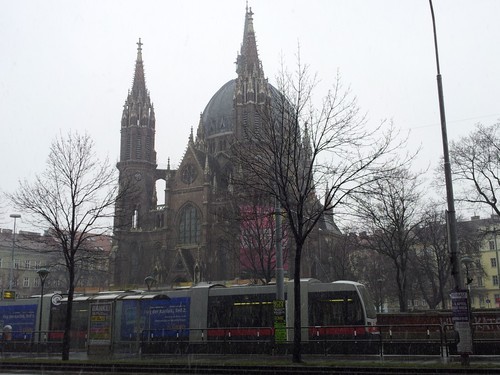