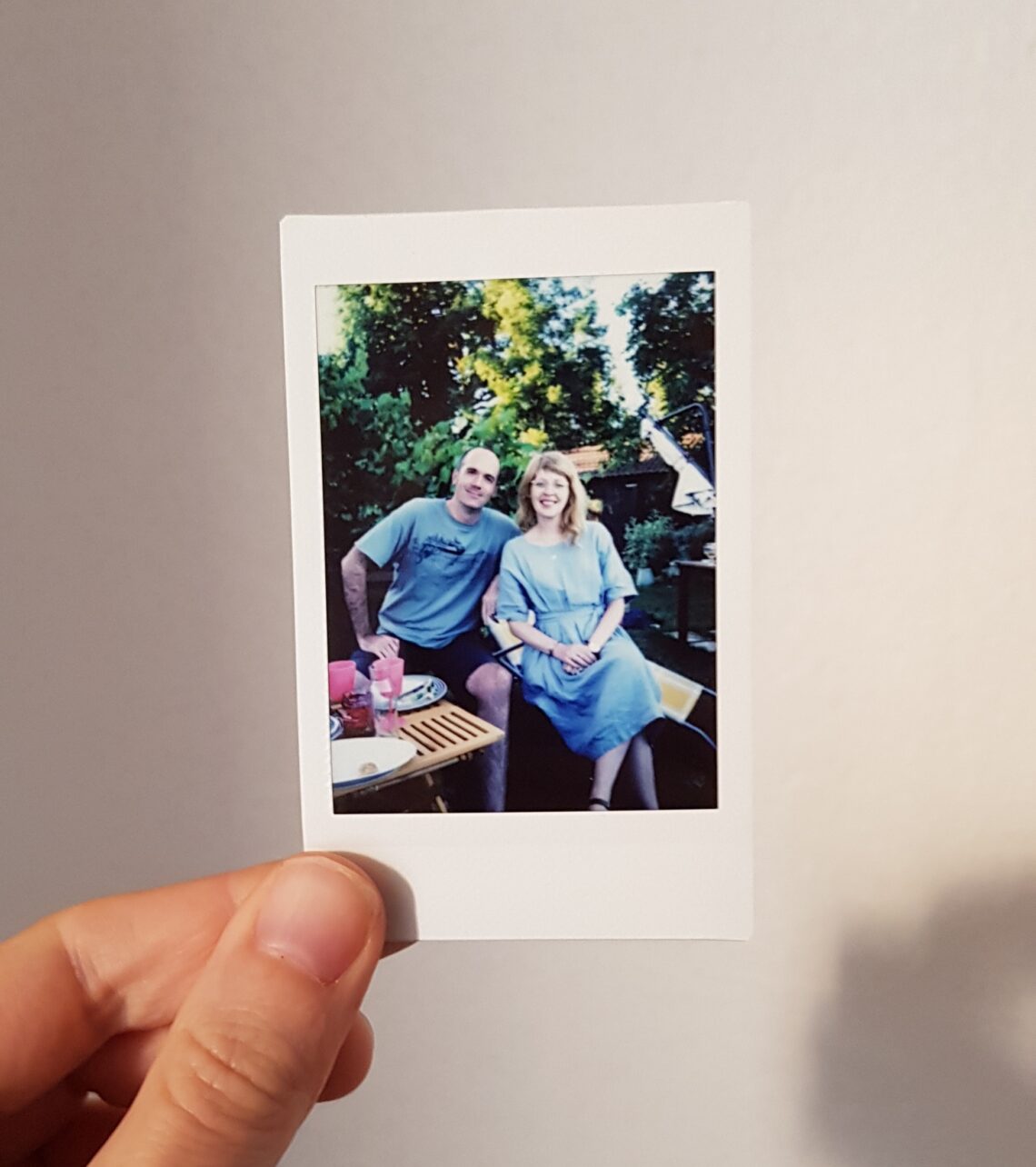 Someone recently asked me “What did you do this summer?” and when I told them, they proceeded to sort of frown over my answer. Better put into a metaphor: This summer was like having a best friend come to visit for three months, but finding that you don’t get along as well as you always have, and when they leave, it’s sort of on a weird note and you don’t quite know how you feel about it, compared to their previous visits.

Our holiday in Croatia in early-mid August was really the only concrete thing or the easiest to mention, but this summer was more full of small moments of contentedness and finding the sweetness in what you’ve got. Lots of rest, good times with friends, time alone, quiet moments spent by the waterside, lots of pages of good books (even my first read-a-thon!), hikes in the woods, lots of castle ruins, tending to my zucchini plant at the garden plot. Lots of sunshine. Good vibes. These moments are harder to explain but no less fulfilling.

And so closes perhaps the mildest, wettest summer we’ve had here. June was cooler and very rainy– glad I invested in a new rain jacket as it was much needed! Our July was a typical “Washington (state) July” – slow to start, but right after the Fourth really got going, even though it never was too hot. Just mild, enjoyable, sunny while we were at summer camp. August brought us a heatwave, which thankfully occurred while we were at the sea. The beautiful warm sunshine hasn’t stopped since – September has been gorgeous as always.

It’s always hard to say goodbye – a wise lady recently said that “summer is like my lover” and I feel that it’s so accurate. The turn to autumn is fortunately a kind one, as it’s a lovely season in its own right.

Going in to my annual Summer’s End post chronicling my favorite season of the year, something felt a bit off. Probably because it wasn’t what we all wanted and imagined. Usually it’s the reward for working so hard all school year – we try to get away for a full month for a change of scenery and do something a bit outside the box. I suppose that in my current state, it didn’t feel right answering all these happy fluffy questions this year being what it was, but I’m going to give it my best try. Answering the second question, what were you looking forward to the most this summer? I have to admit that was keeping my expectations low, but I’d say I was most looking forward to time to turn my brain off for awhile after experiencing spectacular burnout and anxiety at the end of May, just barely managing to hold on and get through the rest of the school year. The good news is that I feel like I really accomplished this… by doing nothing.

To the question of what I missed most this summer, I think we all would answer with a resounding: our freedom. The Czech Republic was one of the only countries I know of that relaxed all of its Corona ordinances (I hadn’t worn a mask in months) so that people could enjoy the summer and travel. Even though things felt free within the country because of this, leaving or trying to make plans to leave for abroad was a bit of a different story. We all did what we could.

To the more light-hearted questions of this survey, the best breakfast of the summer was stealing bites of Alex’s hazelnut spiced pear crepe at Fer Cafe right here in Budejovice. Do not sleep on this crepe, y’all. Later at home, I replicated the deliciousness with pears from the tree in the back garden. You have to eat good food to make good food.

Fortunately, so many artists released amazing music this summer. It is almost too hard to pick a song of the summer for 2020 because I feel like it has to be one that I will probably always associate with this year. On that note, I’ve got to go with PUP’s cover of Grandaddy’s AM 180 because it’s a quintessential summer jam about just the right thing and it ticks all the right boxes.

Although this summer clearly was weaker on festivals, plays, and exhibitions than other years, we clearly hit our letni kino stride starting in mid-August where we were absolutely regulars! I finally saw the musical Hair, as well as a Czech film Rebelové and Silence of the Lambs… with (surprise!) Czech dubbing (I don’t want to talk about it). Outdoor cinema was the perfect thing for this year (considering the outdoor aspect) and its brilliant warm nights. We also saw a few great outdoor performances at the many September festivals here in town. It’s a strange experience to actually be seeing live music when most of the world wasn’t able to do so and I could never take it for granted.

The best day of the summer would have to be in Croatia, but not one in particular stands out. Any that involved beautiful nature, swimming in the sea, scarfing down the best gelato, and a seafood dinner out at an atmospheric eatery watching the sunset would do it for me! Or just taking in the view from my “favorite spot” in Rovinj.

Going along with the Croatia theme, this summer’s best drink would have to be trying teranino, a spiced liqueur made from red wine in the Istria region which tastes exactly like Christmas.

Usually I answer the question of something I wanted to accomplish this summer, and my answer would be the anti-answer: nothing. For mental health reasons. The whole year and years before that have been a constant plodding along and trying to accomplish things that it took such a great toll on my, psychologically. I did, however, check off every single thing I wanted to do on my summer bucket list which almost never happens, so that is sort of an accomplishment, I suppose.

I did finally go camping again here in Europe for the first time in six years – it was definitely a great thing to check off the to-do list.

My garment of the summer this year was absolutely my linen trousers from notPERFECTLINEN. They were great for the mild weather we had over the past few months and so airy, comfortable and just plain wonderful to wear. This summer was almost like, the season for no garments as I pretty much decided to literally cast off the idea of wearing a bra for the past three months as well, which has been wonderful! I’m slowly going through the process of replacing my old and uncomfortable bras with non-underwire versions from Organic Basics, which are sustainably-made and ship from within Europe. Or just not having one at all, that’s cool too. Not too worried about it! I just don’t care anymore, to be honest, and I have a hunch that I’m not the first woman in 2020 to feel this way!

If this summer was just mild in many ways, one way where I excelled was all the great summer swimming that occurred! Dubbing it the #summerofswims, I think I went swimming more than any other summer that I can remember. More and more I’ve been enjoying many aspects of swimming, not necessarily even the swimming part, but the physical immersion of one’s body into natural water (especially); a way to connect to the natural makeup of the landscape around us, including whatever else might be bobbing around in there with you, whether seaweed or jellyfish (the latter not quite as welcome). What a way to get in touch with the earth! I posit that the weightless feeling of gliding through water almost provides a kind of cathartic freedom to make up for where we otherwise lacked it this year.

I even had my first river dip in the Malše (like the local that I damn well now am) on a gorgeous warm August morning. After Croatia, I’ve decided morning swims are going to be a new thing! My favorite swimming spot was definitely one of the beaches at Punte Corrente in Rovinj – the only beach that I don’t know the name of, funnily enough. It was the crystal clear water, shimmering light blues that you’d expect from Croatia and definitely worth a long overland journey to get to!

What I wish for next summer? I feel like it’s a hard question to answer as we’ve learned this year that nothing may turn out as you hope it will. These days, I’m just going along, taking things month to month. It would be fantastic to fly to the States then as it would be nice to see my family and friends in the first time in two years, but we’ll have to see how things go.

As I find myself on the cusp of autumn, heading in the final part of whatever this year has in store for us, I am feeling admittedly a bit frustrated with how the Czech Republic has been handling the containment of Coronavirus since about August or so. It’s become sort of a joke that all the countries around us have masked up all summer long, but you know, us in the Czech Republic… we just needed a break. Watching the numbers climb from relatively low in July, steadily through August to see all-time highs this month is so disheartening to me. The highs we’re seeing now are higher than the March-April numbers when we locked everything down except this time… nothing is locking down. Finally we’re masking up again when inside most buildings, but the general feeling seems to be that people are confused. One day, they’re told they need masks. The next day, there is a government announcement erasing what they told us they day before. The reason this country had such excellent results, which allowed us to have a very free summer, is that we were strict from the outset. This progress we’ve been building on has been sadly lost as the government seems reluctant to announce anything that may be seen as severe and therefore, discomforting and unpopular.

Then again, this is something that clearly we’re all going to be living with for the next year (or longer). I do think we need more preventative measures right now (er, yesterday) to avoid a real massive problem soon, but we also just have to learn to sort of live with this reality and still go about our lives, jobs, plans while this is happening in the background. I think we’re all getting better at this. Maybe not checking the news every single day but just living and reacting to what’s around us and making the best, most thoughtful choice for us and others at the time.

I hope the situation where you live has improved and that you are feeling some relief and enjoying the seasons. Wishing you a beautiful start to the autumn season!

The Third Trimester & My Pregnancy Favorites