hello friends. i’ve just been to karlovy vary for one of my most anticipated trips of this summer– the karlovy vary international film festival! i am a film festival addict. from the very first summer i lived in seattle (2005) i have been involved with SIFF; first as a patron, then volunteered, and finally interned for three years in guest relations.  i count down the days until the film festival catalog comes out every year, and then spend hours poring over the films and making a detailed color-coded google calendar. this year was the most special because: i’m not working!!! no job to go to, just as many films as i can handle! heaven!

alex and i set up camp in the “tent city” in rolava park, in the northwest area of the city. karlovy vary is notoriously one of the more expensive cities in cheap czech republic, so $5 pppn was a great deal. and there were SO many other people. it really was a tent city– hundreds of young people doing the same thing, and even an old person (with whom i was totally impressed by). camping for a film festival is such a funny thing. most people camp to immerse themselves in the outdoors and nature. we camped to immerse ourselves in cinemas for six to eight hours a day.

my first euro camping venture was quite the success. i was uber paranoid beforehand that people would come and steal everything in my tent. but not so– security was extremely thorough– and that’s just really not the way camping works. there is a certain respect and trust among campers, at least of the festival going type.

the film festival??? it was amazing , astoundingly well-executed and highly professional. since it was only for nine days compared to SIFF’s twenty five days, there is a crazy frenzied energy with thousands of people rushing around the official campus of the festival, hotel thermal. the hotel itself housed at least five different cinemas but also restaurants, lounges, box offices, EVERYTHING. the area around the hotel was a mass of pop-up restaurants, cafes, bars, and places to hang out by the river.

how it works: we were quite shocked to learn how different the festival was from SIFF the first night we arrived. we naively waited in line that evening in hopes to get tickets to a film that same night. almost everything was sold out (except for one film which we ended up loving) and we learned the hard truth: every morning at 8am, the box office opens and you can begin to buy tickets for the following day. of course, you can’t just show up at 8:00, there’s a line of hardcore fest-goers. SO, alex and i awoke each morning at 6am (BRUTAL) to get ready and walk forty minutes to the festival HQ and stand in the line. i didn’t really mind the morning walks, and this system worked well as we got into almost every movie we wanted. because minutes after 8:00, tickets dwindle down, and down, until they are all sold out and you have to go with your second choice movie.

this 8:00 process made for some LONG days. we awoke at 6am, bought tickets at 8am, saw our first film of the day as early as 9 or 10am, and then a pattern of film–chill out– film– chill out the rest of the day until as late as 1am, as some movies we saw started as late as 10:30pm. sometimes we were able to go back to the campsite and relax, although napping was IMPOSSIBLE because the weather was so unexpectedly warm that the temperature inside the tent easily reached over 85 degrees by 11am. not a place you want to be. and i am not a person who can get by on 5-6 hours of sleep, especially when most of my time is spent in a dark, nap-inducing theater. caffeine was my friend, as well as cat-naps on beanbag chairs in festival lounges… or during a film or two. (whoops) after a few days, both of us were pretty loopy with sleep deprivation, but the show must go on!

being in karlovy vary during the time of the festival was an incredible experience– it was warm, buzzing, full of life, and quite pleasing to the eye. the city is SO beautiful, set on a river right against hills and greenery with some seriously awe inspiring architecture and buildings. for a while i was seriously contemplating staying longer than five nights, but the vision of a good night’s rest in an actual bed became too tempting.

the city was also built on a hot springs, and as well as offering spas, there are smaller springs of varying temperatures located all over the city that you can sample the mineral water. you’ll see people walking around with tiny ceramic mugs with a built in straw, drinking water out of these spouts. i’ve never drank a lot of mineral water before, but was intrigued by the healing and healthful benefits i’ve read about. i can’t describe mineral water as delicious, as it seems to be an acquired taste like kombucha. but i soon grew to love it like the locals, and was constantly looking to fill up my water bottle by day five.

more about the festival and the films i saw soon to follow, but how about some photos!

side-view of the rand hotel pupp (hilariously pronounced like “poop”), one of the festival cinemas as well as the fanciest and most luxurious hotel in the city. the ending of casino royale was filmed here.

i tried oplatky! two wafer thin layers with a flavor of your choice between them. KV specialty.

Is the Czech Republic the Dog-Friendliest Country in Europe? 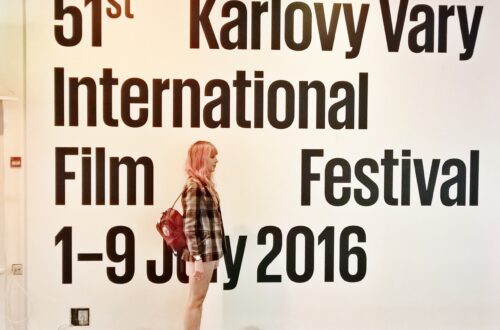 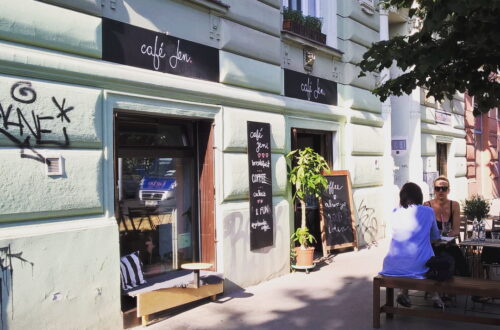 Where to Stay In Prague