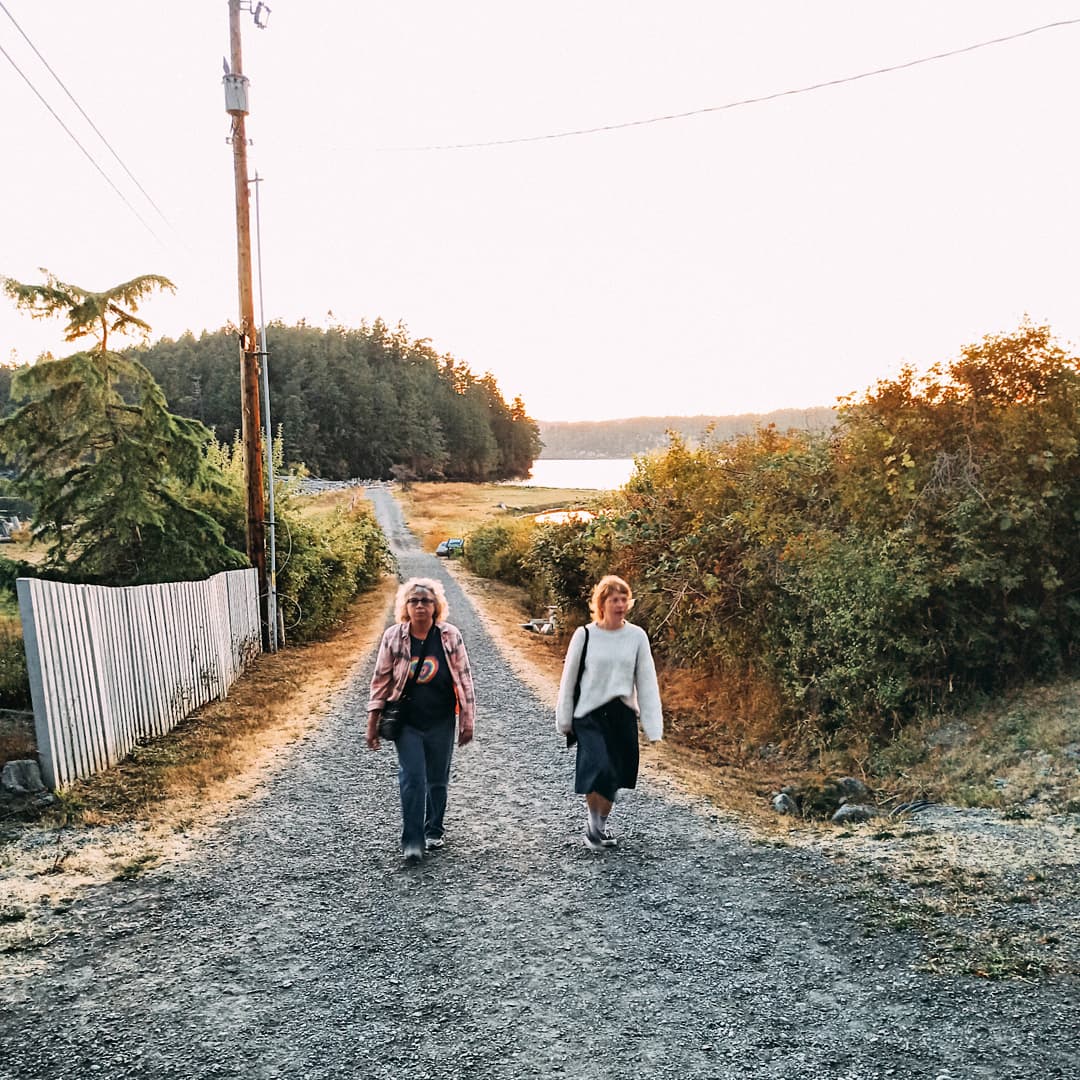 Ahoj, friends – what a break it’s been since my last post in July. As you know, I’ve been in the USA for most of that time, only just returning back to the Czech Republic at the beginning of this month. I unexpectedly decided, especially with everything going on, that during that time producing anything was not it and that I really needed to just take it all in. Input instead of output. I do think that we all need time like this at certain parts of the year or even month to not put anything out there and to just listen.

Normally around this time of year, I would do my annual “At Summer’s End” post, essentially filling out a survey of the greatest of the greats during my favorite season of the year. As this year has been nothing like any other years that have preceded it, I am not going to do that, nor will I likely do a “Year of Travels” post at the end of the year. There is more nuance necessary. Things no longer fit into an apparent fun-filled post of adventures, so we’re just going to roll with it.

I’ve kept you all quite updated on the beautiful first half of the summer, so we leave off at the end of July.

This year we did not get to visit Michigan at all like we usually do, flying in and out of Seattle/Tacoma airport only – this was generally because hey, there’s a pandemic on! and we booked our plane tickets before we got vaccinated when I still had visions of wearing one of those plastic face shields and two or three masks, layered. During the travel process of the five flights I took this summer, I have to say that I actually felt pretty safe, particularly on international flights vs. domestic, and was heartened that people had to produce negative test results or vaccination certificates and airlines (especially Lufthansa, which we normally fly with) were very strict about passengers keeping their masks on; a welcome surprise after what goes on on Czech public transport some of the time.

As nothing this year was happy-go-lucky, neither was this complicated summer which matched a complicated year, but I felt like it was full of life and living – something that I really needed since the pandemic started when everything felt on hold. I felt like I made up some ground.

There were times of tears, of crying myself to sleep on a few occasions. Very often, I wrote frenziedly in my notebook before bed, trying to catch the tangled thoughts I had in the rare state of being back in the United States in hopes that they would give me some ultimate direction later when I needed it, to show me a sign when the right time to permanently come back would be. There were times that I felt misunderstood, that my experience was not valid, when I was told by someone close to me that my Washington home wasn’t my home anymore, because I live in the Czech Republic now. (Which, sidebar! Phew! Never let anyone tell you where your home is because that is something only for you to feel and decide, end of statement)

But, there were times of feeling absolutely on top of the world! Plenty of time outdoors like any good summer should have.

Star-gazing while walking back to the tent from the toilet during a camping trip on a warm August night.

Finally coming in first place at our usual trivia night and our team name gracing the plaque at the bar for weeks.

The best ever day on Lopez Island.

Reading a great book sitting in an old-growth forest or even just the backyard.

Enjoying excellent meals out with friends and family, of spending time with people who knew my deal and whom things can go unspoken, or rather, spoken.

Singing at my favorite Seattle dive and the first real party night since the pandemic started (and only feeling just slightly nervous! ha).

Visiting one of my favorite lakes, one I would often go to in my younger days and the weather was just as perfect and overcast as it always was back then.

All of the juicy American reality TV shows you can handle, and discovering a new favorite. (I loved Below Deck Mediterranean!)

All those times out on the water. Cruising on a lake with a fantastic Mt. Baker view, crabbing with friends out near Clark Island, a short kayak paddle. Sitting at the lake with a book, watching the fog formations dance and change on the mountain peaks over an hour’s time.

Visiting the site of our 2015 wedding for the first time since then – we just pulled up to the beach and had a picnic. Really special!

Recreating this photo from my first post ever, when the journey got started in 2012 in Lopez Island, and nine years later! Then and now.

Then there’s the funny and strange things that you experience every time you come back to the USA from our minimalist life in the Czech Republic:

Of course, there’s things you never forget, like driving island roads and listening to Weezer’s Pinkerton or driving north on I-5 blasting Dookie. It was sort of a special summer for that kind of thing, you see, summer twenty years ago, the summer of 2001 was what one of my favorite writers called his “revolution summer”. (Incidentally, our revolution summers were the same year) For me, that was the summer I had time to really find myself and realize who I was at the tender age of fifteen. The summer I listened to The Blue Album on repeat and picked blackberries with my brother, went sailing with my father on our sailboat for the last time. The summer I started wearing what I really wanted to (err, what my geek rock idols wore) and embraced who I had newly found myself to be. The summer I watched way too much MTV. I came back to school early that September from my inward journey knowing exactly who I was and who I was going to be in this world, more or less the same version you see today. Playing Pinkerton in the car was a reminder of this. The car (which is still emblazoned with an only slightly regrettable Weezer sticker from two years later), the thirty-year old Honda Civic I still drive to this day because it runs wonderfully and only looks slightly embarrassing after a few run-ins with the dumpster behind work or a ditch on an icy February night. That, and the general feeling of freedom and driving in the summer. That feeling doesn’t change no matter how old you get.

It was interesting finally being back home in the States to see how the pandemic was being handled there. I was definitely caught off-guard the first time I visited a grocery store at the end of July and just saw peeps walking around casually, pushing their carts without a mask on. At the time, businesses in our county could choose individually whether they required the mask, or asked that non-vaccinated people mask up and vaccinated people could go without (although this was on the honor system). It was stunning, just how many people felt so comfortable to walk around indoors! I don’t know why but I have still never felt that comfortable, myself. Mid-way through August, a statewide mask mandate kicked in due to the worsening situation. Corona dominated newspaper headlines again with local hospitals actually at or over capacity – it seemed a bit scary. At one point, investigating getting a PCR test which had newly been made free of charge, I saw that drugstores had a long waitlist for even getting a drive-through test, meaning you had to drive sometimes 100+ miles to find a location that would get you in within a reasonable span of time.

Other things I liked a lot this summer: Flavored seltzer water as ever (when in Rome), Turnstile’s GLOW ON and Drug Church’s Tawny at high volumes (both albums with songs that I would choose as “the song of summer 2021”), trying Hello Fresh (it was really fun!), driving around the island in my car and feeling that freedom!, devouring Where It All Went Wrong in a glorious, languorous day on the patio in my backyard, the best thrifting haul ever recorded, picking blackberries whenever possible, little festivals, farmer’s markets and live music nights.

Going home, back to my real home, was so very worthwhile. Like attending a party, to stick your face in a few photos, make your mark and prove that you were really there, but a bit more than that. It was so wonderful beyond measure, and to properly describe the past six weeks in a post is no easy feat. We will be headed back that way some years from now, but we are not quite ready yet. ‘Til then, we’ll always have Augusts. No matter how comfy I get feeling here, home is home.

We’ve been back for a bit over two weeks now and have been enjoying a relatively free summer month before school starts up again for the college students. I’d been spending my time taking care of household tasks that I’m only inspired to do after not being here half the summer and squeezing out every sweet minute of those golden summer sunshine and meeting with friends again. Now that I’m out of my jetlag haze and the summer warmth has faded into early autumn, my plan is to study relatively intensely for my herbalism course which I am very much behind on due to the events of this year and need to make up some ground, big time. It’s that sweet September balance of things you need to do vs. summer enjoyment which is harder said than done.

My plan is to try to post shorter but more frequent posts when possible and I hope that I can try to stick to that! Next week we’re going on kind of exciting trip – finally checking one off of my Czech bucket list right before the start of the new term. I’ve also updated our upcoming trips (!!!) below with some exciting plans for the rest of the year that I very much hope come to fruition.

Looking forward to catching up with all of you, and wishing you a lovely start to autumn.

PS, Last year’s At Summer’s End – a much more typical version of this post.